SHOULD YOU BE WORRIED ABOUT AN IRS AUDIT? 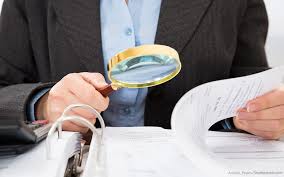 Now that you’ve likely filed your 2018 tax return, one troubling afterthought may come to mind: Could I get audited?  The mere notion strikes fear into most people’s hearts.  And for good reason – under a worst-case scenario, an audit could take up lots of your time, create and enormous amount of stress and leave you with a hefty bill from the federal government in unpaid tax, penalties and interest.

Now let’s take a deep breath.  An audit can also be a rather routine process that results in zero additional liability or even a refund.  What’s more, the IRS is performing audits much less frequently than it used to.

Basically, the higher your income and more complex your return, the greater the likelihood that it will be audited.  The IRS uses something called a Discriminant Index Formula (UIDIF) score to rate each tax return’s potential to indicate unreported income.

If you happen to be a business owner, the IRS may subject your return to intensified scrutiny in years it decides to target a category that your company falls into.  Examples might include sole proprietorships with many cash transactions or companies that rely heavily on independent contractors.

By and large, the answer to the question posed in our headline is: Probably not.  The best way to prevent a targeted audit or prepare for one you can’t avoid is to get sound guidance from a CPA before filing your return every year.